Currently Playing: Something to Talk About By Badly Drawn Boy 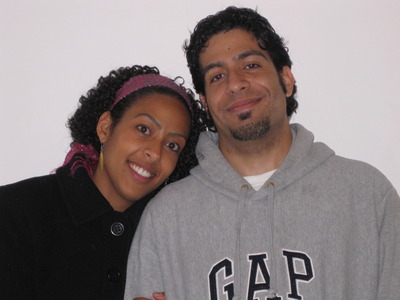 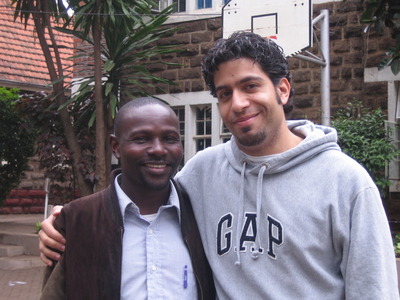 So,Â  I’ve been in Kenya for about a week.Â  Just got back from the coast: Mombasa!Â What a great town…Â Â  sorta.Â  Actually where we stayed was a bit on the dangerous side, but we stayed at a nice resort and met some great people from all over the globe.

I’m a bit tired as we got to Mombasa by bus, and returned by bus as if we hadn’t learned our lesson the first time.Â After 8 hours of sitting in a cramped uncomfortable space going over damaged highway, with bumps fierce enough to kick your lunch out of your stomach, one would think of not repeating the experience, but sometimes people make the same mistake twice.

(Actually I insisted on flying back to Nairobi on Monday (since no flights were available Sunday) but my sister had to be at work 8am Monday so that was impossible, so we had to take the bus back.)

So we made sure to get on the Executive Coach Vehicle on the return trip, I even confirmed the registration number.Â  I read/said it so many times, It’s now committed to memroy:Â  KAQ-921P

So,Â  I find my seat next to this cute American girl, and it turns out that the seats my sister and Irene reserved were on the back of the bus.Â Â  The seats back there didn’t recline and it was next to the bathroom. They were laughing hysterically back there because they paid 1500 shillings to get on the executive bus, but had to endure such nasty smells, their experience was worse than the Con-Air (economy style bus) from before.

So basically there’s 1 road to Nairobi from Mombasa, and it hasn’t been repaired for decades, so the potholes can damage your vehicle. The road is not lit, and its filled with drunk truck drivers, so there are accidents, off roaded vehicles: it’s the backdrop to a very interesting story.

So the gentleman that I am, I decide to give up my seat and ask one of the girls if they wanted it, and Irene took it, so I go to the back of the bus with Nadia, I figure it couldn’t be that bad.

I was very wrong.

As soon as the engine started, the floor underneath started getting very hot, I was wearing flip flops so it started to burn the soles of my feet.Â  The bus driver’s assistant came to the back and I asked him to shut off the heat, and he assured me the heat wasn’t on, but we were sitting on top of the engine.

So the bus starts moving, and the back of the bus started getting very hot.Â  I would say at it’s coolest, it was bout 95-105F.Â Â  I walked up a seat, and the seat in front of us was perfectly cool and comfortable.Â  The bus was designed so the back 3 seats would heat up while the rest stayed cool.

So the heat was making us very uncomfortable, and the smell of the bathroom next to us got worse, thick, and invasive.Â  So of course that put us in a bad mood, and by 11:30pm my sister and I were bickering, and not even quietly.

At around 2am, my shirt is soaked, I’m pissed at my sister, I can’t even breath because it’s so hot, and the bumps in the road have nauseated me to the point i was tasting vomit, but i was too hot to sleep. And the man next to me kept fighting for the arm-rest.

I lost the arm-rest.

Then the exhaust leak started. Apparently there must have been a small leak between the engine’s exhaust and the back of that bus, because the back seat area started filling up with bus exhaust, and it was making us all very dizzy – there was NO room at all for us anywhere on that bus.Â  Thankfully, 30 min later, we were at a rest stop

This place was shady.Â  I mean, SHADY. It was basically a hand made stop on the side of the road, shady characters sitting everywhere, everyone kinda stares. It’s not well lit, and all the bus drivers sit together in the back of this open cafe.

So I walk to the bus drivers and I inquire if there was any room on any of the other buses, to which they replied “no” .Â  I explained to them that there was an exhaust leak.Â  So they reply “Oh, so you mean it was too bumpy for you?”, calling out the soft American in me, not used to such conditions. However, I replied,Â  “No… the engine is leaking exhaust fumes into the back of the bus”.Â  They kept egging me on:

“So you are saying there are too many pot-holes”

We managed to find her a seat up front in the bus, but I stayed behind, inhaling these exhaust fumes for about four more hours. But at least I could press my face against the cold glass window to cool off enough to get some rest.

We arrived back in Nairobi at 7am, roughly, and slept here till 1pm.

I almost went to prison today, but that’s another story.Â  Â Who woulda thought not wearing a seatbelt in the back of a car was a criminal offense?Â  I guess when you’re a cop looking for a bribe, it takes very little to get you into legal trouble.